All Interesting and Stuff

I get asked often, "What are the best rewards to use?" 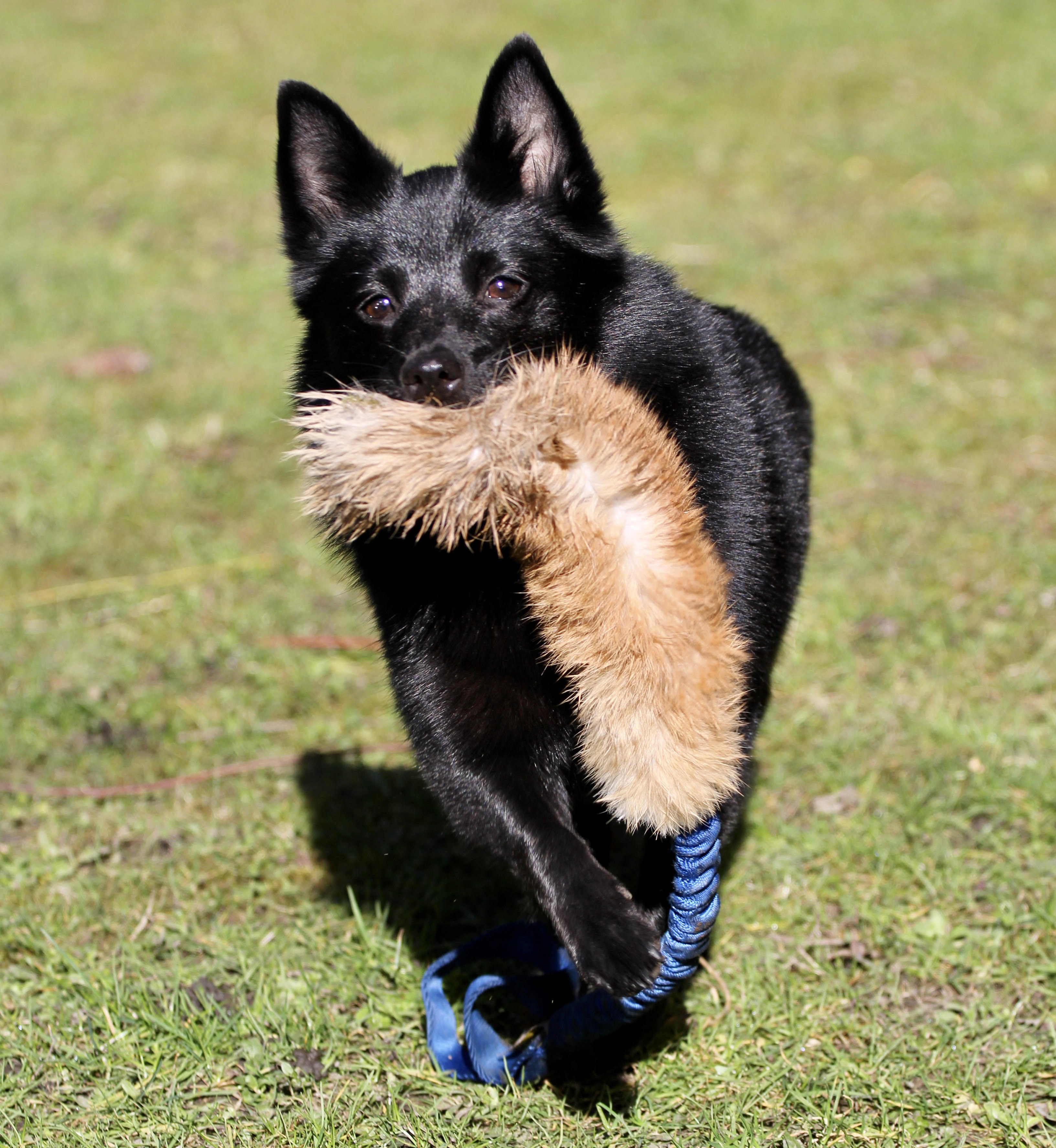 olks mean what food treats do I recommend.  The answer is, whatever the dog says is tasty & worth having.  Try a taste test with as many different kinds of treats you can round up.  You might be surprised to find that one dog thinks is the cat's pajamas elicits rather ho-hum responses from others.  Taste is a really personal thing.  And dogs could care less what you think is a great treat, or, conversely, what you think is a poor treat.

I once gave a handler my lovely German Shepherd Tasy at a big Futurity/Maturity show, and also her favorite treat -- carrot sticks.  He refused to use them as bait in the ring, despite the dog dancing around eager eyed, begging for them, and demonstrating her willingness to work for the little orange sticks.  He insisted on using liver.  Mostly because he was so macho the thought of using carrot sticks offended him.  Tasy went along with the liver only plan, but once out of the ring, went back to begging me for carrots.  I've had dogs in my classes that flipped over frozen peas, Kix cereal, bits of celery, and -- bless you Doc, wherever you be! -- tissues.

Sometimes, what folks mean by reward is what kind of toy or game do I recommend?  Having dealt with some unhappy canines who were being forced into the "joy" of tugging, I can say that not all games and not all toys suit all dogs.  Rather sad, the trend among agility circles that says if you don't have a dog who tugs fiercely and exuberantly you'll have problems... pity the poor dog forced into a game he really doesn't like all that much.  They always have a look that reminds me more than a little of hapless bridesmaids, forced to wear lime green poofy sleeved dresses with giant bows that are positioned to make it seem that the 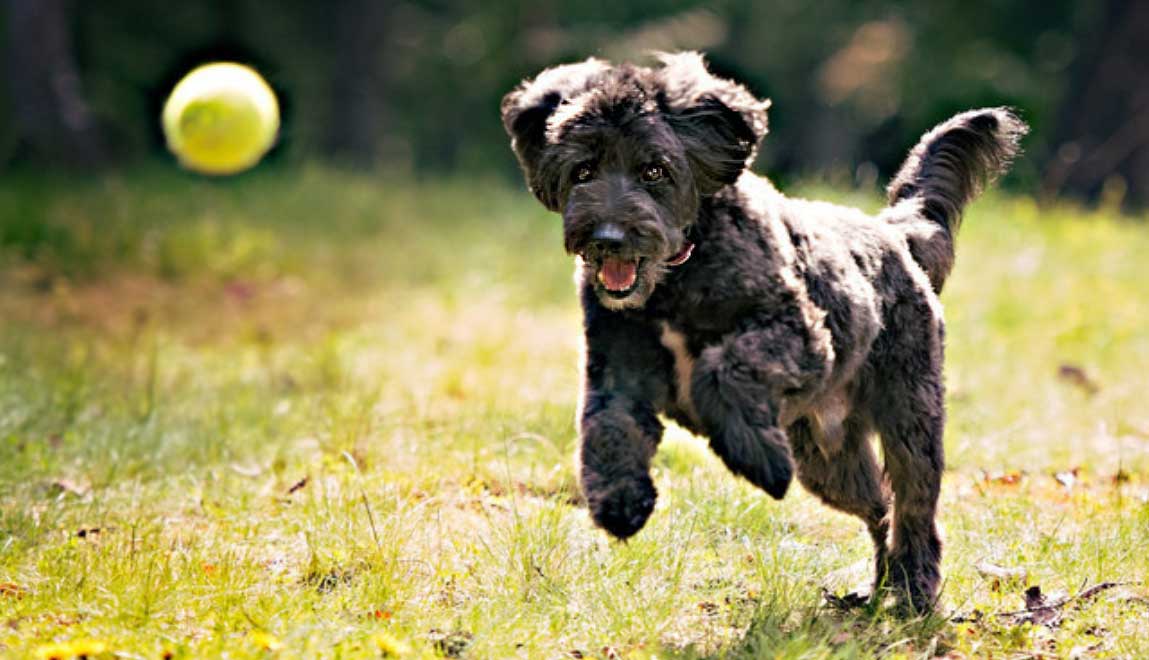 cleavage presented is actually a present to be opened.  Games, toys -- ask the dog what she enjoys.  And listen.  Really listen to the answer.  (And do not dress your friends in lime green poofy sleeved dresses, ever.)

(Professional trainer secret: If you have to spend time and energy figuring out ways to get a dog to play a specific game, chances are good it's not one he finds really neato.  Remember, dog training should not be revenge for the piano or violin lessons your parents forced you to take, even if now as an adult you do love being able to play an instrument.  If you want to pay someone back for that, have children.  Leave the dog out of it.)

Real life rewards are wonderful.  Particularly for this reason: the dog himself tells you what's valuable to him.  What could be better than the dog making a list with you of all the things he thinks are really worth having and thus working with you to achieve?  Here's some strange but true real life rewards that I've used in seminar settings because dogs told me they found them worthwhile:

* The use of flies led to an odd publicity moment for me.  A reporter and photographer had been sent to cover a seminar I was teaching at an IL animal shelter. It was one of those fall days where the sun streams hotly through the windows, waking up those fat cluster flies.  You know the ones, slow lazy fliers, often found upside down buzzing loudly in your coffee or hair, or, in this case, windowsills.  I was working with Lad, a superb young Border Terrier, and our job was learning to just be, to practice self control and be still.  I'd ask for a bit of that and then as a reward we'd dash over to the window sill and hunt flies for a bit.  Then back to self control, then some flies, etc.

I explained in detail to the audience about Lad's telling me how super-fantastical-uber-cool those flies were, and how the food treats I might offer couldn't hold a candle to the thrill of hunting flies.  All made perfect sense. Until the next day, when the newspaper article appeared.  The reporter had not made any mention whatsoever of the use of "real life" rewards.  The photographer, however, had caught a nice shot of me and Lad enjoying some fly time.  The caption read something like, "Trainer Suzanne Clothier rewards Lad with flies for behaving well."  Without the context, I think it appeared that I was just too cheap to buy liver treats.  (Or maybe I ended up inspiring and misguiding some real cheapskates into trying to get old Bess to sit for a fly.)

It is fascinating to realize that by carefully posing some basic questions, you can get a dog to tell you a lot about what floats his boat.  Watch, notice how he responds to his world, what he finds interesting enough to respond to, what makes his eyes light up, where his gaze might fix, or how he tips his nose or cocks an ear.

So what do you use?  I'm a huge fan of what I think is the best reward ever.  I've used it forever!  It's a reward that is omnipresent, endlessly variable, can be brought into play or removed instantly, retains its power over the lifetime of the animal (can be used with young & old alike, firm and infirm, able-bodied or not).  This reward can be used safely, anywhere, without disrupting others or disturbing anyone.  And at the same time, this reward is a useful barometer of the health and strength of the relationship.  This reward also changes, day by day, to become increasingly more sophisticated and specifically tailored to the animal (or other person) so that ultimately, it's just about perfectly customized to that animal's needs, preferences, mood, abilities, understanding and perceptions.

This reward is real, it's readily available, and it's free.

More precisely, what you offer in an interaction.  The same way we build and maintain (and sometimes repair) friendships with other people -- how we choose to interact with them --- we can also bring depth and intensity and value to our relationships with dogs (and other animals) by how we invest ourselves, truly, wholeheartedly, in the interactions.

I worked with one dog at a seminar who was presented as "cannot be motivated."  The dog had plenty of training, knew lots of stuff, but was very lackluster in performance. Not hard to see why, as the handler was a human version of Kansas cornfields - many miles of same old, same old, with nary a bump on the landscape to elicit some interest.  "Won't work for food, won't work for praise or toys or anything" was the handler's annoyed pronouncement.

I watched the dog for a few moments, noticing that she used her vision to check out her world, following what her eyes noticed with a deep nosed investigation (if allowed). Someone shifted in their chair, and her dark lovely eyes tracked that immediately, followed by her nose lifting to see what the wind could bring by way of information.  A leaf tumbled by, and noticing that, she followed it and sniffed.  So I engaged her with some conversation, and then made a big production number of removing my hair scrunchy that was holding my ponytail. 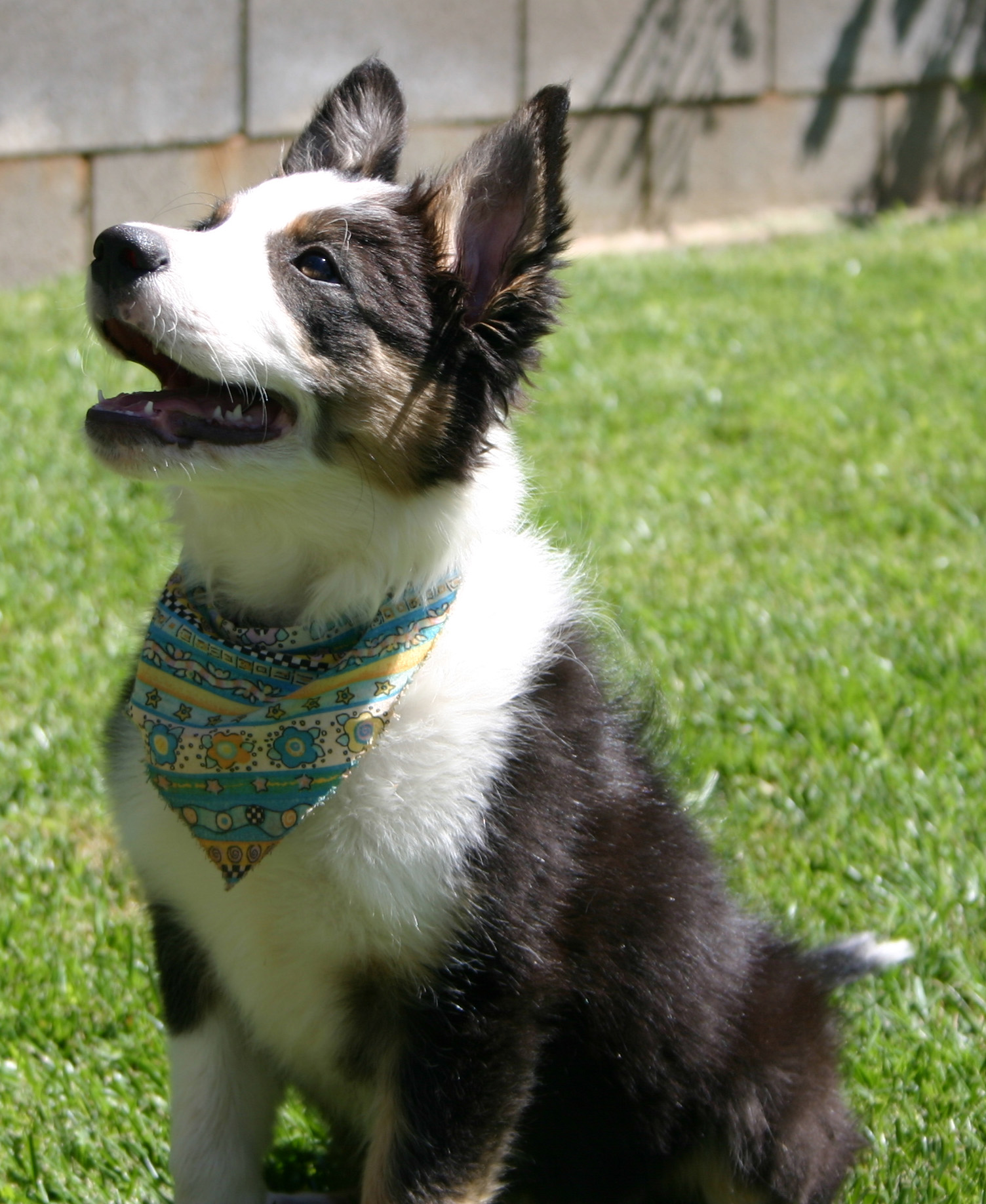 Holding it where she could see it, I asked, in a voice filled with wonder and suspense: "Have you ever seen one of these?"  The dog's eyes were big and intense and focused as she gazed up at this silly object.  She quivered in hopes that I might let her see and sniff this wondrous thing up close.  And then I asked her to heel.  It was gorgeous, connected, alert, precise heeling that showed how much time her handler had dedicated to teaching her dog well, and how thoroughly the dog understood the exercise.  Her reward, of course, was a chance to look at, sniff, and watch me stretch the scrunchy.  And then we worked some more.  The dog turned in a performance that would earn high scores in any ring.  I had fun, she had fun, and then it was time to slip the scrunchy back on my hair, and return the dog to her dumbfounded handler.

I complimented her on this great dog and the training.  I asked if she understood that the dog surely could be motivated to work at a very high level with great enthusiasm, provided she found the right rewards that mattered to the dog.  After all, the dog had done all that work for me in exchange for a chance to see and sniff a scrunchy, nothing more.

"Yes but...you were all interesting and intense and exciting and stuff."  All I could do was smile wryly.  Indeed.  I had invested myself in that conversation with that dog, a chat which incidentally revolved around heeling and a scrunchy and how cool those two things were between a dog and a person having fun.

Try it.  Be all interesting and intense and exciting and stuff. Use that reward of Y.O.U.  There's nothing on the market that tops it.

All Interesting and Stuff by Suzanne Clothier
The Best Rewards?
Every animal deserves safe, healthy, and positive care and training. PACTA BC is building a network of ethical animal care and training professionals and committed individuals in all of BC. Learn more: